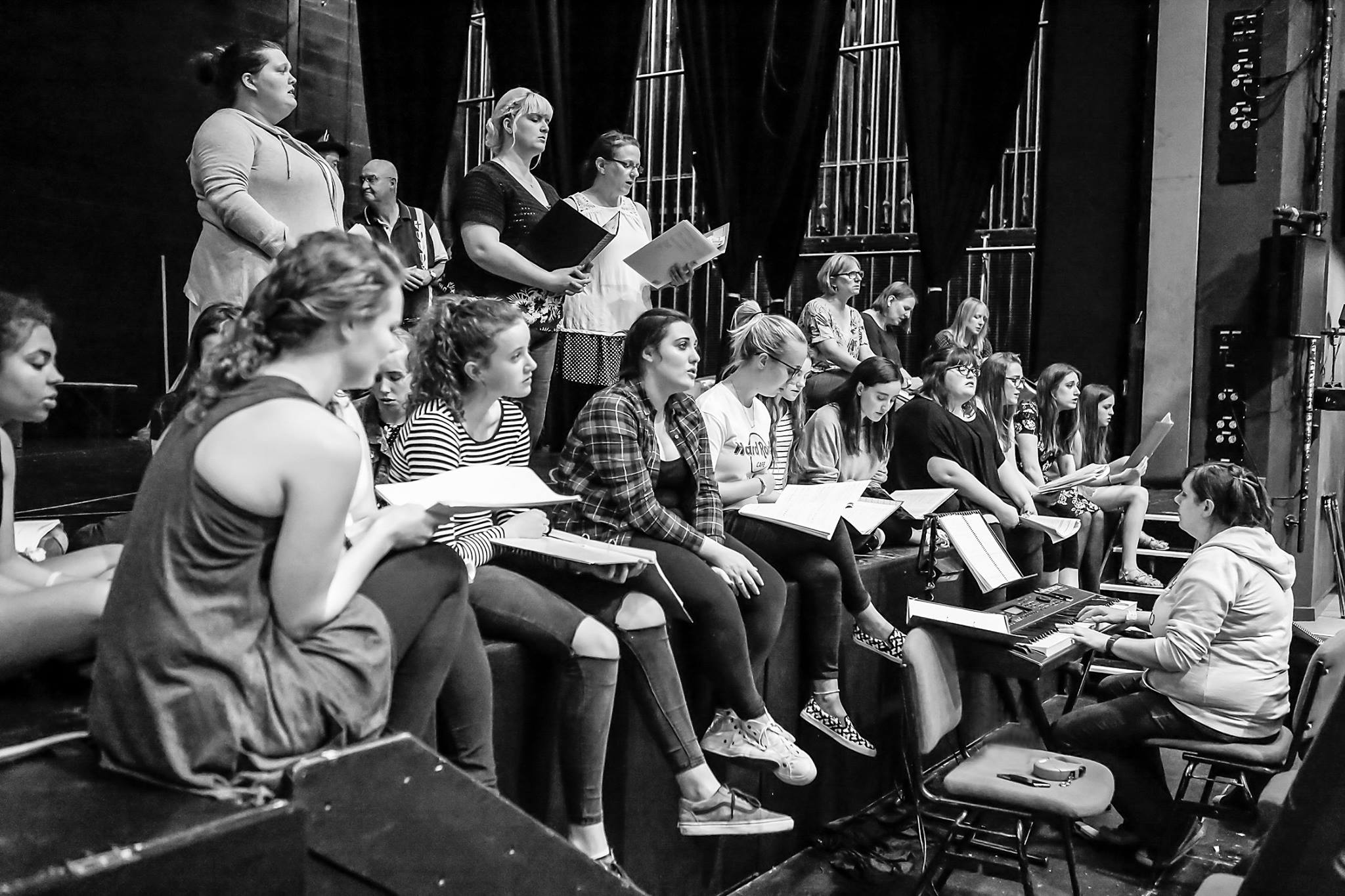 Since 2010 Angharad has worked extensively as a musical director across the globe, working on professional as well as community and education productions. Her excellent vocal skills and understanding of the voice, allow her to get the most out of every company that she works with, while her musical background ensures that musicianship and musicality isn’t forgotten.

“Speaking as a director lucky enough to work with Angharad, and as a music director myself, she is everything you’d ever want in an MD. She blends a HUGE work ethic with amazing talent, dedication and affability. She is quintessentially what anyone working in musical theatre would want from a collaborator, creator and friend.”  – Tom Berger, Artistic Director, (re:)Directions Theatre Company, Director of the premiere production of “Band Geeks”

“Angharad understands the craft of singing and utilizes her knowledge to pull the best out of those under her direction. Anyone who is lucky enough to work with her will gain a better understanding of their voice and deliver a better performance.”- Daniel Bonnett, Director, “Children Of Eden”, Stagedoor Manor, New York.

Some of Angharad’s recent credits include:

After many years working with voices of all styles and standards, Angharad was asked to take over the helm of the Military Wives Choir at R.A.F. Northolt which she led for two years.

She now continues to support the growth of music in the community by running the Lichfield Garrick Community Choir and the monthly open mic, the “Green Room Cabaret.”

As can be seen from the credits above, she is also a musical arranger and orchestrator. For many of the above projects, Angharad has created bespoke arrangements for ensembles of all sizes, both vocal and orchestral.

She also  arranged and orchestrated all of the music for the West End gala concert performance of the musical The 8th Fold at the Duchess Theatre, which, shortly after, transferred to the Fringe festival in New York.

She has recently completed vocal and additional arrangements for the musical Directions: The Musical in Summer 2018. Directions is an original musical, based on an album by David Courtney and Paul Kelly, with book by John Delaney; written and adapted for college and school age students and premiered at the Lichfield Garrick Theatre.